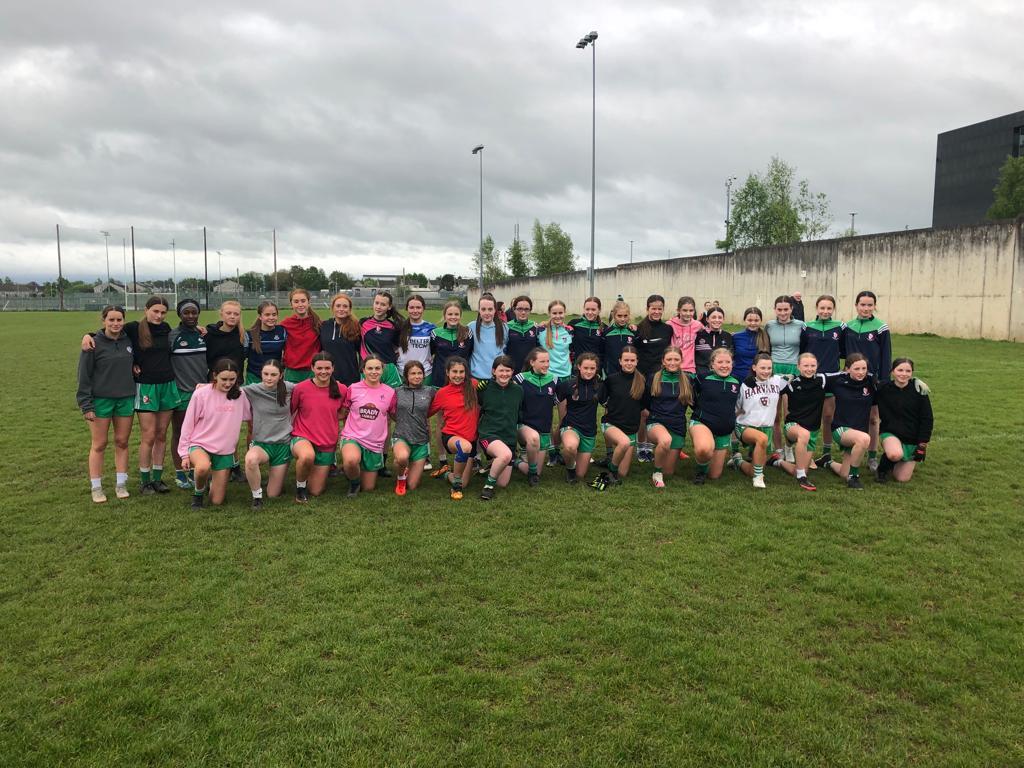 Saturday the 14th marks a significant day for the underage ladies football in Sarsfield’s.  For the second year in a row, we have two teams in the same age group getting to their respective league finals of the Kildare LGFA Leagues.  Our U15 Division 6 team, (made up predominantly of U14’s players) will take on Kildangan / Nurney in the D6 Final with throw in at 12.45pm.

Following on from that, our Division 1 team face local rivals Kilcullen in a repeat of last years U14 Final in this years U15 Division1 final.  Throw in for the second game is 2.30pm.

Both matches will be hosted in St Laurence’s GAA.  This represents another significant milestone for the development of the ladies game in the club.  We urge parents of all underage players to bring them along to support the girls.  Both these teams of girls were part of the Dermot Early Academy until a few years ago, so it’s a great way for our future stars to see and experience where they could be in a few years from now. #Can’tSeeItCan’tBeIt!!!  Admission is payable on the day.  Come along and support both teams!!

A busy week ahead for our young Hurlers and camogie playe...

Expressions of interest for U16 &amp; U18 Management Team...

Well done to Conor Lawless who played with the Kildare U1...

U12 Girls Sarsfields V Leixlip What a morning!. The earl...

Kildare U14 All Ireland Champions

Best of Luck to our Senior Footballers who take on Confey...

Get live information for Club on the ClubZap App