The Dermot Earley Academy returns on the 4th and 5th March with over 400 future GAA players taking to the field.

On Fridays we welcome all Hurling and Camogie players from U5 to U10 from 6.30pm

Saturday mornings from 9.30am our Underage Training kicks off. We welcome boys and girls from U5 to U10.

Dermot played at minor level for Roscommon for 4 years from 1963 until 1966. He won an All-Ireland U21 medal in 1966 against reigning All Ireland Champions Kildare and captained Roscommon in the 1969 All Ireland U21 Final.

His Senior inter county career began in 1965 at the age of 17, winning his first Connacht title in 1972 before going on to achieve four in a row from 1977 to 1980 reaching the All Ireland final that same year where they narrowly lost out to a great Kerry.

In 1979 Dermot won a National Football League Title against Cork. He won two Railway cup medals before retiring from inter county football after the Connacht final against Mayo in 1985. The Mayo team carried Dermot shoulder high off the pitch after they had defeated Roscommon in that 85 Connacht Final. He went on to manage Roscommon from 1992 – 1994.

Dermot was instrumental in putting underage structures in place in Sarsfields from 1982 onwards which has ensured a steady stream of young talented footballers coming through our ranks.

In June 2021 the Sarsfields Underage Academy was renamed the Dermot Earley Academy in honour of the contribution made by the late Dermot Earley Snr to his beloved adopted club. 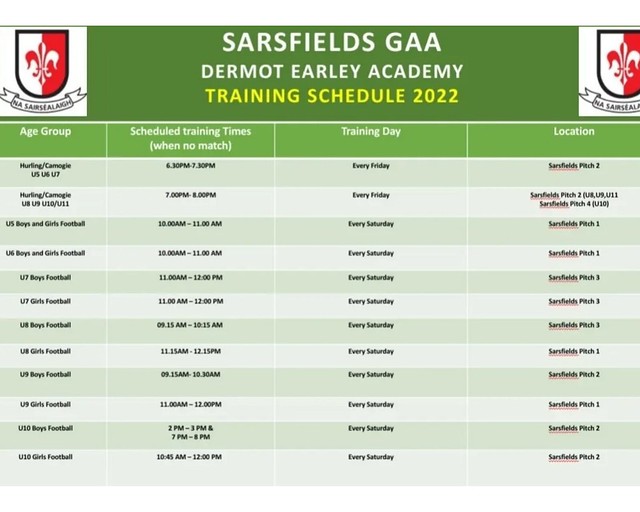 Get live information for Club on the ClubZap App